As The Independent’s Invisible Ink article put it, was there ever an author with so many pseudonyms?

With its third publication, The SYLE Press turns its attention from the Hilary Ford novels to those of John Christopher. This is the name behind that classic work of speculative fiction, The Death of Grass (still in print today in Penguin, nearly sixty years after its initial publication), as well as a stream of novels in the genre he pioneered, young adult dystopian fiction, beginning with The Tripods.

Dublin to Dieppe to Amsterdam. A routine trip for the cargo ship Kreya, her Danish crew and handful of passengers. Brief enough for undercurrents to remain below the surface and secrets to stay buried.

The portents, though, are ominous. ‘There are three signs,’ the spiritualist warned. ‘The first is when the beast walks free. The second is when water breaks iron … The third is when horses swim like fishes.’

Captain Olsen, a self-confessed connoisseur of human stupidity, has no patience with the irrational, and little interest in the messiness of relationships.

‘I condemn no man or woman,‘ he declares, ‘however savage and enormous their sins, as long as they do not touch the Kreya. But anything that touches the ship is different. In this small world, I am God. I judge, I punish, and I need not give my reasons.’

Olsen’s philosophy is challenged in the extreme when, in mountainous seas, disaster strikes: the rudder smashed beyond repair, a mutiny, and the battered vessel adrift in the vast ocean, driven irrevocably northwards by wind and tide – until she comes to rest, at last, lodged in the great Arctic ice-pack.

Electronic and paperback copies are now available from Amazon . 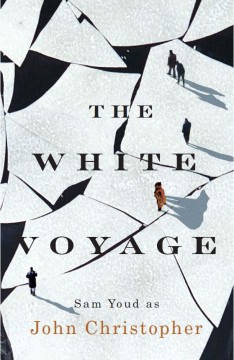